The success of the “vote leave” campaign in the UK has made intellectual property owners all around the world wonder if their British intellectual property rights (patents, trademarks, designs) will automatically remain valid and unchanged after the UK’s exit or whether they will have to take certain measures themselves in order to ensure the continued validity of their property rights.

b) European Union trademarks and Community designs
The situation is, however, different for trademarks and designs due to existing property rights at EU level, i.e. European Union trademarks and Community designs. A single EU property right gives the owner protection in all member states of the EU. Since the introduction of the CTM regulation (Community trademark regulation) 20 years ago, the European Union trademark has become a real success story. This is because owners of EU property rights do not only benefit from a much lower administrative burden and lower costs than they would have if filing several separate national applications but do also have numerous practical advantages, e. g., the possibility to assert trademark rights at EU level even if the trademarks in question have only been validly used in one or a few member state(s). The situation appears similar with Community designs: Here, it is not only possible to obtain protection in all member states of the EU by means of one single registration but even the number of the designs which can be summarized in one application differs from many national applications in that it is unlimited!

Although there are still no corresponding legal regulations and the details have yet to be formulated and adopted, it is nevertheless to be expected in the case of the UK that, on the basis of appropriate transitional provisions, EU property rights having been valid on a specific date yet to be fixed will neither lose their effect nor their EU filing date in the UK. Corresponding procedures with regard to requests for continuity of rights, conversion or extension of protection or the like are yet to be determined. Specifically for trademark registrations which can be renewed for an unlimited number of successive ten-year periods, it has happened several times in the past (e.g. the collapse of the Soviet Union and Yugoslavia) that legal regulations were necessary to ensure the continuity of property rights in a country no longer being part of a community of states or having separated from another country. A similar scenario is to be expected in the current Brexit case.

Thus, it is to be expected that, after the UK’s exit from the EU, appropriate legal provisions will be established enabling the owners of EU property rights to maintain their EU trademark protection or Community design protection in the UK without legal prejudice. This, however, will require the timely filing of a corresponding request and the payment of official fees. In case the aforementioned conversion, continuity of rights or extension of protection results in a national British property right, it will most likely be necessary to appoint a British representative.

With Brexit, new ground is broken. It now remains to be seen what the regulations and transitional provisions will look like and for which property rights a request for continuity of rights in the UK may be filed at all. We will follow closely the corresponding legislative procedure and inform you about pending time limits and possibilities of obtaining / maintaining protection in the UK in respect of EU property rights we are representing.

If you are planning to file a new European Union trademark application or a Community design application in the near future, it may be advisable to seek additional protection on a national level in the UK already now. This is because it has to be taken into account that it might not be possible to file the aforementioned requests for continuity of rights, conversion or extension of protection or the like in an unlimited manner for all property right applications newly filed up to the date of the UK’s exit from the EU. Rather, there will be a deadline (e.g. the day of submission of the request according to Article 50 of the EU treaty, the day of the UK’s withdrawal from the EU or even June 23, 2016, i.e. the day of the UK’s referendum on Brexit, but this, however, is rather unlikely). From that due date on, it will no longer be possible for newly filed EU property rights to have direct effect and / or indirect effect by submitting a corresponding request in the UK. As this deadline has not yet been set and as it may also be possible that a date in the past will be chosen, there is a risk that newly filed EU property right applications will receive a filing date later than the deadline. This risk can be reduced by seeking additional protection on a national level in the UK when filing an EU property right application, at least until the due date has been fixed.

c) Contracts and agreements
Furthermore, Brexit could in particular have impacts on license agreements and coexistence agreements (also) covering the EU. In this case, it probably remains to be established by way of interpretation or by verification of the constellation of the opposing property rights at the time of conclusion of the contract whether these contracts or agreements continue to apply to the UK (or what will remain thereof) after its exit from the EU.

Against the background of Brexit, the imminent reduction of the contractual territory should, if possible, not only be taken into consideration when concluding new contracts and agreements. It is also advisable to review each existing contract and agreement individually to see if any subsequent amendments are required or possible, provided that it is important for you to maintain or not to maintain protection in the UK.

This article was written by: 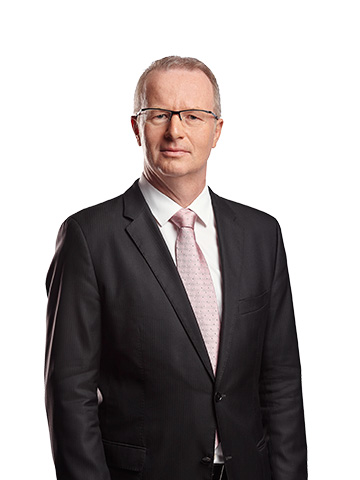 Dietrich Blumenröhr
more articles from the author »
By clicking the button "CONTINUE", you are leaving the internet pages of Lemcke, Brommer & Partner - Patentanwälte Partnerschaft mbB (LBP) and are forwarded to the login page of "PatOrg Viewer", a client information system operated by

Making use of PatOrg Viewer is voluntary. As soon as Brügmann Software GmbH has activated the system for you, you will be able to consult online any of your files entrusted to us. The purpose of this processing is to provide you with a quick and convenient access to your files and thus enabling you to be informed of the current processing status of the respective file.

The legal basis for the processing of your data for using the "MyLBP" service is Art. 6 Abs. 1 b) GDPR.