Last week, the surprising announcement to come from the UK was that it will finally ratify the Agreement on the Unified Patent Court (UPC), notwithstanding Brexit. The press has already started announcing a breakthrough. What is it about?

In summary, the aim is to create a simpler patent system for Europe. Anyone who wishes his invention to be protected can file a European patent application. At present however, the granted European patent becomes a “bundle” of national patents and retains its protective effect only in the validated Member States. In order to enforce a European patent, any infringement has to be dealt with on a per-country basis, i.e. by national law. This is a complicated process and characterized by the risk of having contradicting decisions (in case of parallel litigations). Therefore, the aim is to establish a unitary patent system within the European Union by creating a Unified Patent Court being composed of a central division with seat in Paris and two sections in London and Munich.

The relevant Agreement was signed in February 2013 and will enter into force not later than three months after having been ratified by 13 states, including Germany, France and the United Kingdom. To date, eleven states have done so, including France. The initial draft of the ambitious roadmap envisaged that the Unified Patent Court already starts work in April, 2017. Due to Brexit, the ongoing operations in the United Kingdom were stopped and Germany as well suspended the UPC proceedings spontaneously in order to remain at the helm and act with due care.

Whilst the Brexit referendum result has cast great doubt on the future of the UPC, the UK’s surprising announcement that it will ratify the UPC Agreement in the near future seems to have given a boost to the projects. Should the UK translate its announcement into action, it would be the Federal Government’s turn having declared to be the last to ratify the Agreement. The necessary legislation procedure is not likely to be finalized before spring 2017 at the earliest. The United Patent Court could then become operational by autumn 2017. However, it cannot be excluded that the German Government will delay ratification of the Agreement, possibly until the UK’s withdrawal negotiations have been concluded. In any case, Berlin sources say that there is no particular urgency in respect of draft bills entailing a transfer of sovereign rights to intergovernmental institutions.

What impact will the Court Agreement have on patent owners?

The regulations on a unitary patent for Europe will apply from the date of entry into force of the Agreement on the Unified Patent Court. With effect from this date, litigations relating to European Patents in EU states having ratified the Agreement will fall within the exclusive and Union-wide jurisdiction of the central or regional divisions of the Court of Frist Instance of the newly created Unified Patent Court. This applies for actions for infringements of patents and for actions for annulments of patents. The present national courts will no longer be responsible for actions which come within the exclusive competence of the Unified Patent Court. This would affect both granted European patents and future European patents. However, nothing will change for national patents granted by the German Patent and Trademark Office.

Besides the chance for patentees to opt for a (nearly) Europe wide injunction in one division, the newly created Unified Court System also presents a risk for the patent owner insofar as a single judgement may lead to his patent being declared invalid with effect across all UPC member states. Translation requirements, more complex procedural rules and high-value patent disputes will probably mean that an infringement action before the Unified Patent Court will be significantly more cost intensive than a separate infringement action before a national court, e.g., in Germany.

During a transitional period of 7 years, patentees will have the possibility to opt out of the jurisdiction of the unitary patent system and to further maintain their European patent as a bundle of individual national patents being enforced before the national courts. At present, there is no official fee for requesting an opt-out. Given the expected costs associated with unitary Union-wide procedures and the uncertainty as to the decision practice of the Unified Patent Court not yet staffed, it might be reasonable for owners of key patents or medium sized patent owners rather targeting towards national markets to consider an opt-out.

We would be pleased to advise you on this matter.

This article was written by: 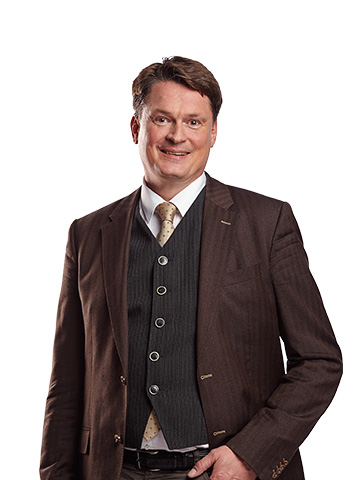 Stefan Urlichs
more articles from the author »
By clicking the button "CONTINUE", you are leaving the internet pages of Lemcke, Brommer & Partner - Patentanwälte Partnerschaft mbB (LBP) and are forwarded to the login page of "PatOrg Viewer", a client information system operated by

Making use of PatOrg Viewer is voluntary. As soon as Brügmann Software GmbH has activated the system for you, you will be able to consult online any of your files entrusted to us. The purpose of this processing is to provide you with a quick and convenient access to your files and thus enabling you to be informed of the current processing status of the respective file.

The legal basis for the processing of your data for using the "MyLBP" service is Art. 6 Abs. 1 b) GDPR.